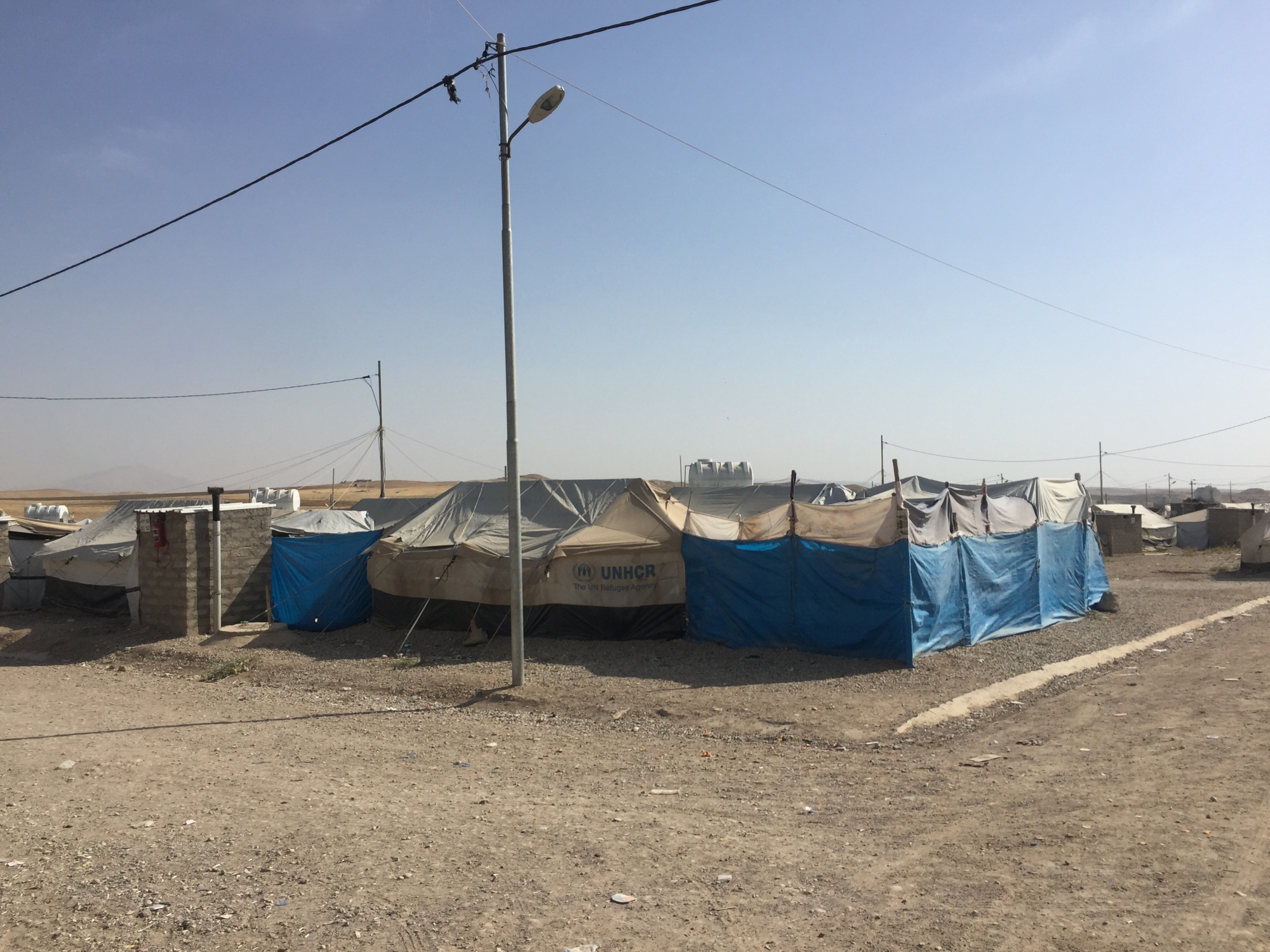 This week I visited an Iraqi IDP camp for the first time. Garmawa IDP camp is located in Ninewa Governorate in northern Iraq – not far from Mosul. Most of the people at the camp fled their homes when Da’esh swept through Mosul and surrounding areas in the summer of 2014. Many have lived in these tents every since.

The camp is fairly small and well established. Upon entering the camp, we spoke to the manager about the situation and the residents – their social make-up; age; whether they work; why they arrived and why some leave; services available or required; and any recent unrest. Over 1,200 families live here, including many female-headed households and people with physical and mental disabilities. 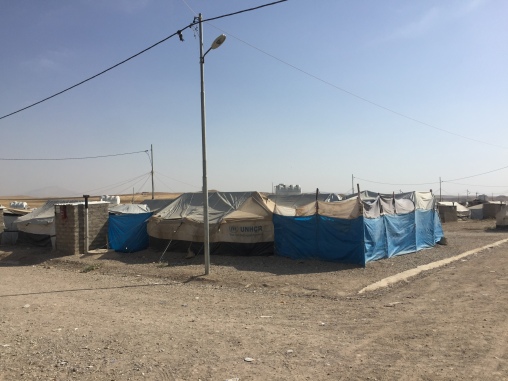 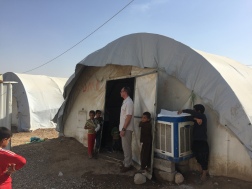 We attracted a lot of attention as soon as we walked out of the management offices. We were immediately surrounded by curious kids who wanted to chat. I managed to have some brief exchanges in my very limited Arabic – Hey, how are you? I’m from England. Errr, what is your name? I’m Andy. That got some giggles from the crowd.

The kids followed us around as we toured the camp. As we walked, we talked to the staff about some of the challenges in Garmawa, including lack of services and security. The camp itself is very orderly; row upon row of standard family tents. There was a bakery and some shops. A community centre and child-friendly spaces. A children’s playground was sadly locked-up due to underfunding.

The tents were large enough for an average family but they must be terribly hot during the summer, and cold during the winter. Temperatures go from extreme to extreme here in northern Iraq. Most of these families would have been living very relatable, middle-class lives in Iraq’s second largest city before being displaced. It is hard to imagine then what it must feel like to be accommodated in a tent for two years; not knowing when you would be able to return home. Most residents are unable to work although an informal economy does exist within the camp (and some do have permission to work outside). However, it was not hard to feel the sense of idleness and perhaps boredom. Waiting.

My female colleagues then spoke to two women and their children who had recently fled Mosul. All men leaving Da’esh controlled areas are screened by the Iraqi security forces to ensure they are not known Da’esh combatants or sympathisers. Men are separated from women and children during the screening process, which can often take days. These women had not seen their husbands for almost a month and had no idea where they were now being held. Or when they would be back. They fled Mosul after two years under Da’esh control because of the intensity of recent shelling against the city. Their children could no longer sleep at night. It will become increasingly difficult for people to stay in the city.

Operations to liberate Mosul are expected to start in the coming days. It is expected that up to one million people will be displaced. Most of them will need to be accommodated in emergency camps in conditions much, much worse than what I saw here.

This is a text widget. The Text Widget allows you to add text or HTML to your sidebar. You can use a text widget to display text, links, images, HTML, or a combination of these. Edit them in the Widget section of the Customizer.